A Californian inventor called Christian Weber wanted to make shelters for a rock festival in a desert. He worked out he could make a shelter out of insulated material with ideas from origami. It was easy to transport, strong and very fast to set up. He realised his folding shelter could help refugees and people in disaster zones. He called it a Shiftpod. He could join several together to make bigger houses. 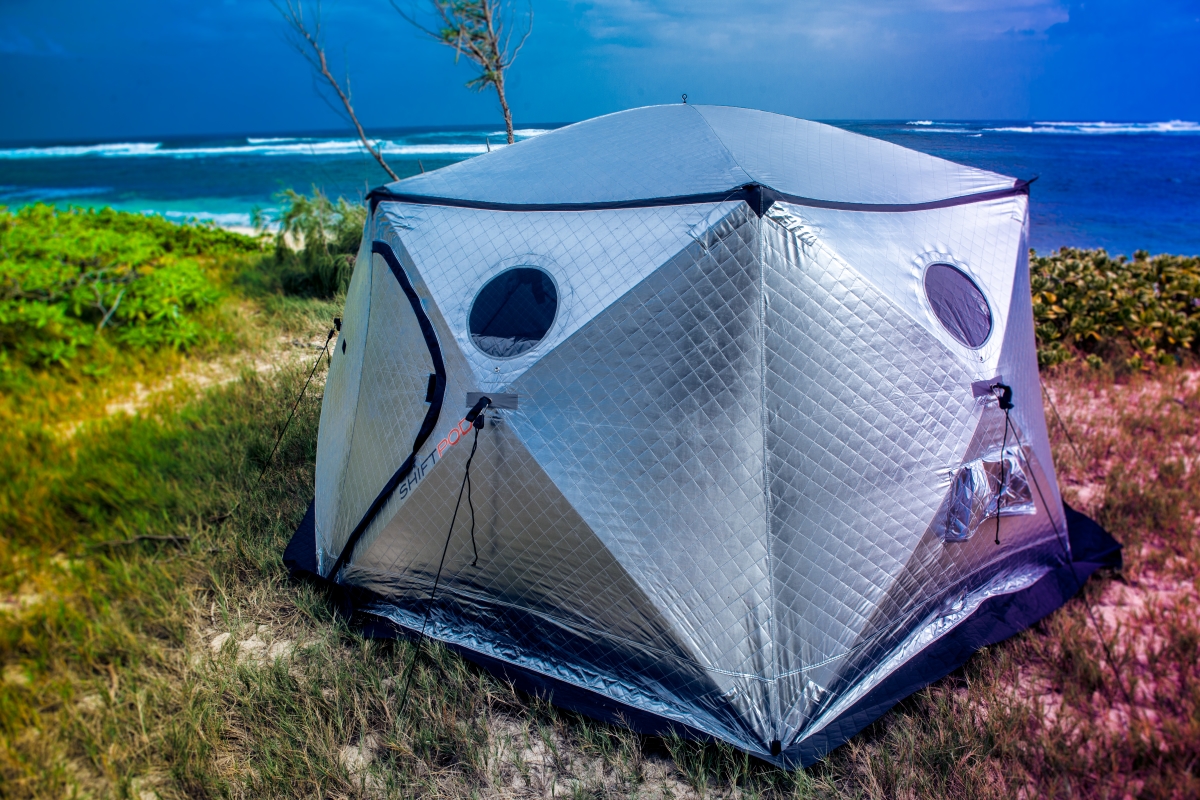 You can see from the photograph that the shape is made of equilateral triangles. Watch the video. The pod can be carried in a bag and put up in 1 minute and 20 seconds.

In this section
Concepts
Areas
Locations